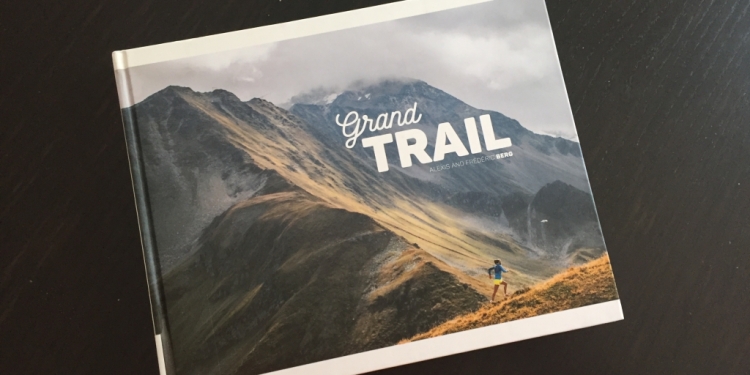 I just devoured this book: Grand Trail by Alexis and Frederic Berg. It’s a combination of articles on ultra trail running, profiles of ultra trail runners and races and tons of phenomenal pictures.

One article talks about how we are born to run. That we as a species survived and thrived largely because our bodies are built for long distance running. Our ancestors out ran their prey. It was our evolutionary advantage. To put this in perspective the following example is used:

“Over a distance of 100 meters, Usain Bolt, the king of sprint races, would come a poor second to a rat or even a squirrel. Conversely, on terra firma, no mammal and no primate can keep up with a man or a woman after several hours of effort, not even the horse, dog or the camel.”

This isn’t the first time I’ve read this. I was introduced to the concept through Christopher McDougall’s Born to Run. (A must read whether you’re interested in running or not.) And I’ve been reminded of it periodically, through articles like this one, published in Smithsonian Magazine, about a family that lived in Siberia for 40 years, cut off from all human contact.

“Lacking guns and even bows, they could hunt only by digging traps or pursuing prey across the mountains until the animals collapsed from exhaustion. Dmitry built up astonishing endurance, and could hunt barefoot in winter, sometimes returning to the hut after several days, having slept in the open in 40 degrees of frost, a young elk across his shoulders.”

You read enough of this stuff and running 100 miles, with over 33,000 ft of elevation gain, at an average altitude of 11,000 ft (as is the case for the Hardrock 100) starts to seem like a perfectly reasonable idea.

But a 50K or even a 50 miler on trails, with the unavoidable ups and downs in elevation, is beginning to feel more “doable” than “crazy”. So much so that I’ve set a goal. I’ve alluded to it a couple times and now here I am just putting it out there.

I don’t have a race picked out and I wouldn’t say I’m training for one yet. It’s still that far out there. I don’t even know with certainty that my body will be up for it. But I’m optimistic, and I’m more than headed down the path. I’m running.

I went for a 12 mile trail run this past weekend. Within minutes of starting a herd of tall and lean young men darted past me, almost flying over a small stream crossing our path. I very cautiously found a route across the same stream while they disappeared between the trees. Soon thereafter I almost ran into another man while he tried to pass me. I hadn’t even covered 2 miles and was already walking an uphill stretch. He snuck up on me so fast I didn’t even hear him coming.

I’m choosing not to feel discouraged. I have to start somewhere, right? And I haven’t had to poop in the woods yet. What more can I really ask for at this point?